Signs and Prevention of Schizophrenia 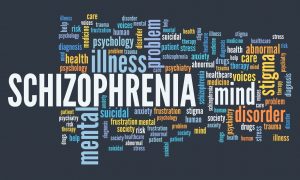 Schizophrenia, a chronic psychiatric disorder, affects 20 million people globally but is not as common as other mental disorders. People suffering from this disorder often struggle with distortion of reality, encountering hallucinations or delusions.

According to reports, about 1 percent of the population is affected by Schizophrenia. Nevertheless, exact estimates are difficult to obtain, as many people do not even opt for treatment.

There are many misconceptions about this disorder. For instance, some people believe it creates a ”split personality.” But as a matter of fact, Schizophrenia and split personality — also known as dissociative identity disorder — are completely different conditions.

The disorder can occur in both men and women, that too of all ages. Based on studies, men usually develop symptoms in their late teens or early 20s. However, women tend to exhibit signs in their late 20s and early 30s.

To cure the condition at the earliest, it is vital to learn about it in detail, including its signs & prevention. So, let’s dive in! 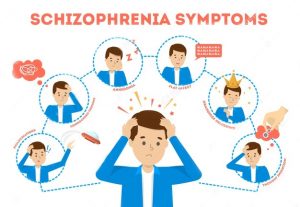 In most cases, Schizophrenia appears abruptly and even without warning. But some people observe subtle warning signs. For the latter part, it comes on gradually, with a continuous deterioration in functioning, long before the primary yet critical episode. Usually, near ones or friends will identify quickly on that; something is not right without knowing precisely what.

In this early phase of Schizophrenia, you may seem emotionless, unusual, less ambitious, and isolated. The patient may begin to seclude themself, start neglecting appearance, say outlandish stuff, and confer a common indifference to life. They may seem to quit their activities and hobbies, and crucially their performance at work or school can deteriorate.

Here is the list of common early warning signs you may witness:

There’s no accurate or proven prevention of Schizophrenia. Still, recognizing who’s at risk and how to limit the disorder from developing in at-risk individuals has been a necessary focus of researchers in previous years.

It’s likely to live a regular, symptom-free life. The reason is, symptoms of Schizophrenia can go away for a while and can return over. Hence finding a Mental Health Rehabilitation Center or following an expert’s guidance at the very first phase can enhance the prognosis.

According to the Royal College of Psychiatrists, among every 5 patients diagnosed with Schizophrenia, 3 certainly gets better with proper treatment. To stay on the path to improvement, all one needs to do is:

Reaching an expert for help as early as possible boosts your odds for thriving recovery. You should converse with the doctor if you are concerned about any of the mentioned signs in your loved ones. However, keep in mind that the warning signs highlighted above do not necessarily lead to Schizophrenia and can also be related to something else, but they still may warrant medical intervention.

If you know someone who’s suffering from Schizophrenia, even at the initial stage, let us handle it at Ankur Rehab Centre, a leading Alcohol Rehabilitation Centre in India.