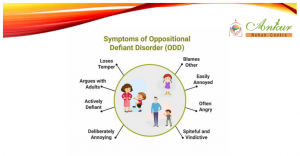 Not everyone is aware of ODD, but still, many people are suffering from it. ODD, acronym of Oppositional Defiant Disorder (ODD), is a childhood mental health condition that includes disruptive behavior.

This is sure that every child does have occasional outbursts of frustration and disobedience. But this does not mean developmentally proper temper tantrums or willful behavior. Rather, ODD concerns:

ODD makes it very difficult for patients to interact with other people. Again, the manners that describe this situation go beyond what’s typical for a child’s age and developmental phase.

Basically, by the age of 4, Tantrums typically begin to grow less in scope. So, you might have some cause for concern when a school-aged child continues to have regular tantrums, especially ones extreme enough to disrupt day-to-day life.

Let’s learn more about ODD, including its symptoms, causes, treatment, and more. Hop on!

Most of the time, it’s not easy to find out the difference between an emotional child, a strong-willed, or one with the oppositional defiant disorder. It’s entirely acceptable to demonstrate oppositional behavior at some phases of a child’s development.

Signs of ODD mostly kick off during preschool years. However, it may develop later, but mostly before the early teen years. These behaviors cause vital impairment with family, school, social activities, and work.

When it comes to ODD, there is no known or fixed cause, but the disorder has been linked to a blend of factors like biological, psychological, and social.

Signs of ODD slowly enhance for many youngsters within the state, particularly when they have both professional and house support.

An expert who deals with childhood mental health conditions can offer more advice and help.

Are you looking for an expert? Reach us at Ankur Rehab Centre, one of the leading Mental Health Rehabilitation Center.